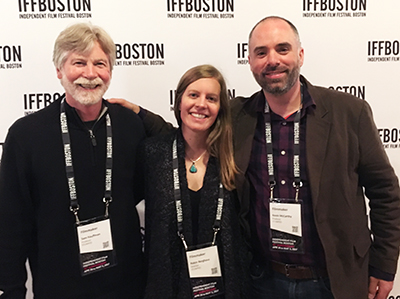 Her projects have garnered multiple awards and honors, and have been exhibited at top international film festivals, the British Film Institute, on PBS, and as part of Alfred P. Sloan Foundation’s Science on Screen series.

Robin is a recipient of grants from LEF Foundation, Austin Film Society, Frameline and Women in Film Dallas. She is a film envoy for American Film Showcase, a cultural diplomacy program produced by the U.S. Department of State and USC School of Cinematic Arts.

Robin has an interdisciplinary background in science and film. She holds a B.S. in biology from Boston College, and an M.F.A. in film production from Boston University.

Since the late 1970s, Sam has directed, produced, filmed and edited documentaries, which have screened on PBS, at the White House, Museum of Modern Art, and at international film festivals, including Slamdance, Hot Springs Documentary Film Festival, Seattle International Film Festival and Al Jazeera International Documentary Festival. In 2004 and 2006, Sam was a Fulbright Scholar and Fulbright Senior Specialist, teaching video production in Rwanda and Uganda. While in Uganda, he directed LIVING WITH SLIM, a documentary about children who share what it’s like to be HIV positive. Later, he received a Guggenheim Fellowship to direct a follow-up documentary about those children. He is a full professor at Boston University, teaching production and editing classes.

Kevin’s documentaries have screened at film festivals nationwide. He has produced films for corporate clients, including Isobar Communications and retailer Crabtree & Evelyn, as well as short documentaries for non-profit clients, such as the Cambridge Youth Dance Program. Kevin’s additional credits include roles on feature documentaries with PBS-distributed filmmakers David Sutherland (COUNTRY BOYS), James Rutenbeck (SCENES FROM A PARISH), as well as Henriette Mantel and Steve Skrovan (AN UNREASONABLE MAN). Since 2012, Kevin has been teaching documentary, film production and screenwriting classes at Fitchburg State University as a tenure track faculty member. His work has received support from LEF Foundation, Austin Film Society and Frameline. 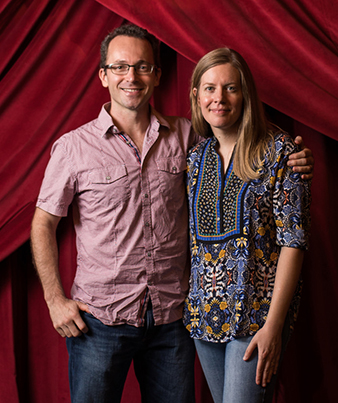 Bryan is an Assistant Professor and Principal Investigator at The University of Texas at Austin. His research program focuses on understanding how bacteria cause disease, and developing ways to treat bacterial infections. Bryan extends his research to the classroom where he educates students on the microbes around them and how to apply their knowledge to solve medical needs. STUMPED synergizes with Bryan’s passion to educate the public about science through engaging and personal stories. His research has received support from the National Institutes of Health, Defense Advanced Research Projects Agency, Sanofi and the Welch Foundation.